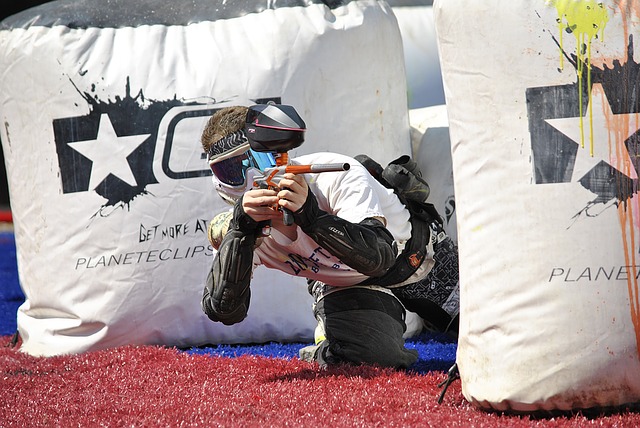 Paintball played by the speedball method can provide a good rush of adrenaline. It is a fast-paced game, as the field of play is small. The strategy and equipment will be a bit different when playing the speedball version of paintball. The rules for speedball are different than traditional woodball version of paintball as well. Paintball can be expensive, but it is really determined by how much the player is willing to spend on equipment and how often they might play.

If you’re looking for another way to get a burst of adrenaline, you need to try paintball – especially speedball. The field of play for speedball is usually more like an athletic field. The field size will generally be about the half the size of a football field. There are not many places to hide during a game of speedball, and mostly you’ll be working with man-made bunkers. The bunkers can be any shape and they are normally inflatable. The games can be held either indoors or outdoors.

A game of speedball is short and it can be quite intense. The teams typically consist of three to seven players. Speedball is the version of paintball that is played professionally, and it does require some strategy to win. Your strategy will be influenced by the setup of the bunkers, the number of players in the game, and purpose of the game There are games that last about 20 minutes, but often the duration will be quite a bit less. Since the games go by quickly, you are able to play several games in a day. Many people consider speedball very addicting. You can play the game just once, and before you know it you will want play it again and again. People are addicted to the fast pace, rapid firing of the marker, and fun you will have with your friends.

There is definitely some equipment required to get total enjoyment out of speedball. The most important piece of equipment is your mask. You want a mask that is not going to fog up too quickly on you. A less expensive mask may fog up little more easily than other, more professionally designed masks. Mask with thermal lenses will reduce fogging, but this type of mask may be the most expensive.

A paintball gun is often referred to as a “marker”, as this tends to dissociate the sport with violence. For speedball, you want a marker that will fire rapidly. You want check how many paintballs the marker can fire per second – the best speedball guns can fire upwards of 15 balls per second! By having fast-firing marker, you may sacrifice some reliability though, so be aware.

The rush of playing speedball comes from the rapid fire of the markers and dodging behind the bunkers to avoid being hit. Strategy changes as the game moves along and players are eliminated. Because the game is so fast-paced, you need constant communication with your team to have a solid chance at winning the game. 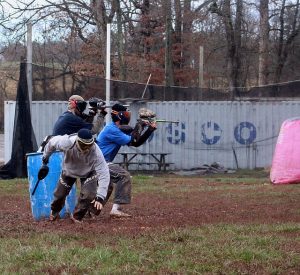 While speedball can be addicting and fast-paced, it can also be expensive. A good marker can easily cost over $1,000. The use of CO2 or compressed air to power the markers is another ongoing cost, not to mention the seemingly outrageous price of paintballs themselves. Overall, the price of playing paintball will be driven by the players’ preference as to how much they want to spend. A player who wants to play with great equipment and who is very involved with paintball will spend more. The beginner may look at the sport as casual and spend small amount for games on the weekends.